This self-reliant, collaborative model also serves up a sense of Midwestern hospitality. That’s the case at Oh!klahomo, an “experimental performance, sound, art and language” series held every other month at the Ukrainian Village home of Mark Jeffrey, formerly of Goat Island and cofounder of Atom-R, and Lori Talley, a production executive with ad agency Cramer-Krasselt. “It’s so much more casual because of the homey nature of it,” said Talley. “We have a lot more conversations. The nights are long and start earlier. The two say the neighbors even find their way over, many of them totally outside of the art world but curious about the sounds coming from the backyard.

“The last one was about Madonna and Elvis, and we had this young undergraduate student doing a beautiful performance of Elvis,” said Jeffrey, who always cooks one of his bacchanalian Sunday night dinners for Oh!klahomo’s guests. “The thing that’s important is that we’ve been here for twenty years and we’re asking ourselves, ‘How do you give back to what you’ve been given?’ I don’t really go out, but I like to bring people to the house. It’s about bringing emerging and established artists together in the same space.” “Everyone is on the same level there,” Talley continued.

OH!KLAHOMO is an experimental performance, sound art, and language space located in Mark Jeffery and Lori Talley’s basement on Iowa Street in Chicago. OH!KLAHOMO has a regular Sunday Night art salon featuring a mix of prominent and on-the-rise Chicago artists.

Living for Love launches the 5th edition of Intime 2019 and is a benefit and fundraiser for suicide prevention. We are asking for a $10 donation to Hope For The Day to support suicide prevention. HFTD achieves proactive suicide prevention by providing outreach and mental health education. With your donation, you will receive a postcard from an artist in the exhibition.

We are grateful for the donation of coffee from our friends at Dark Matter. 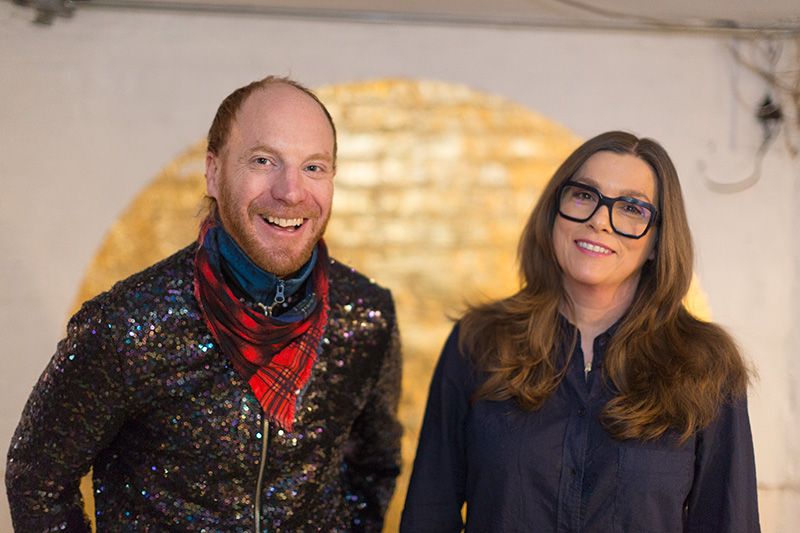 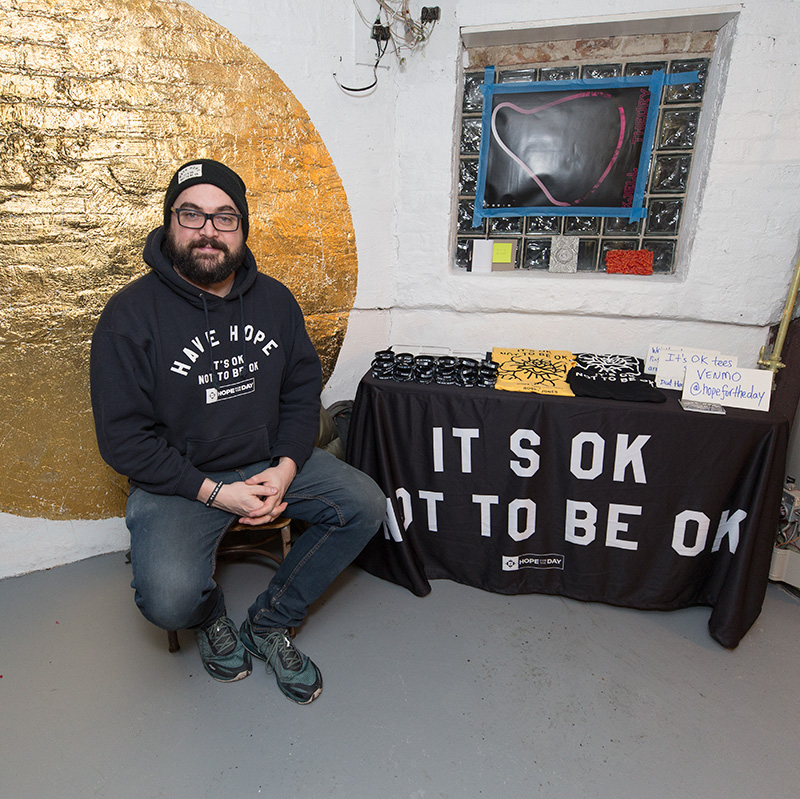 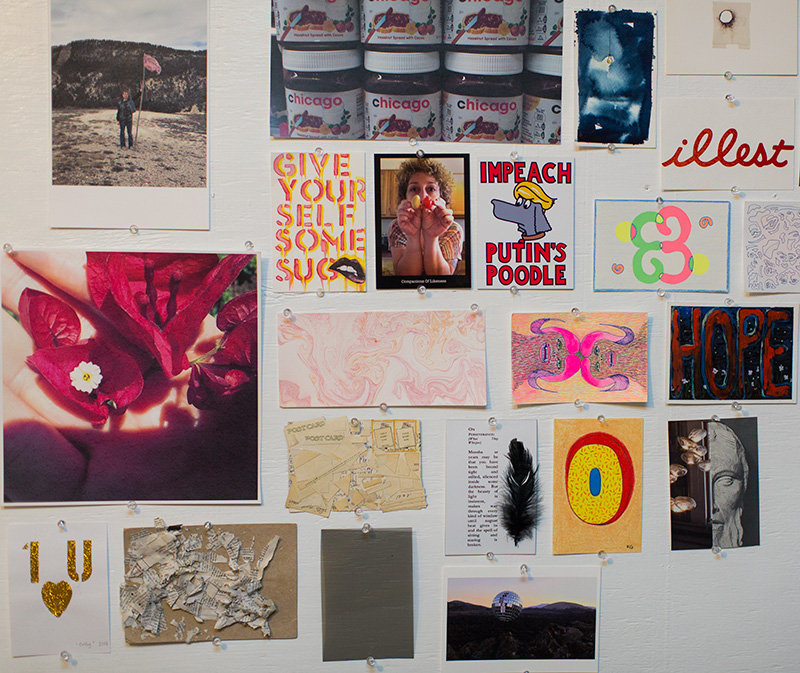 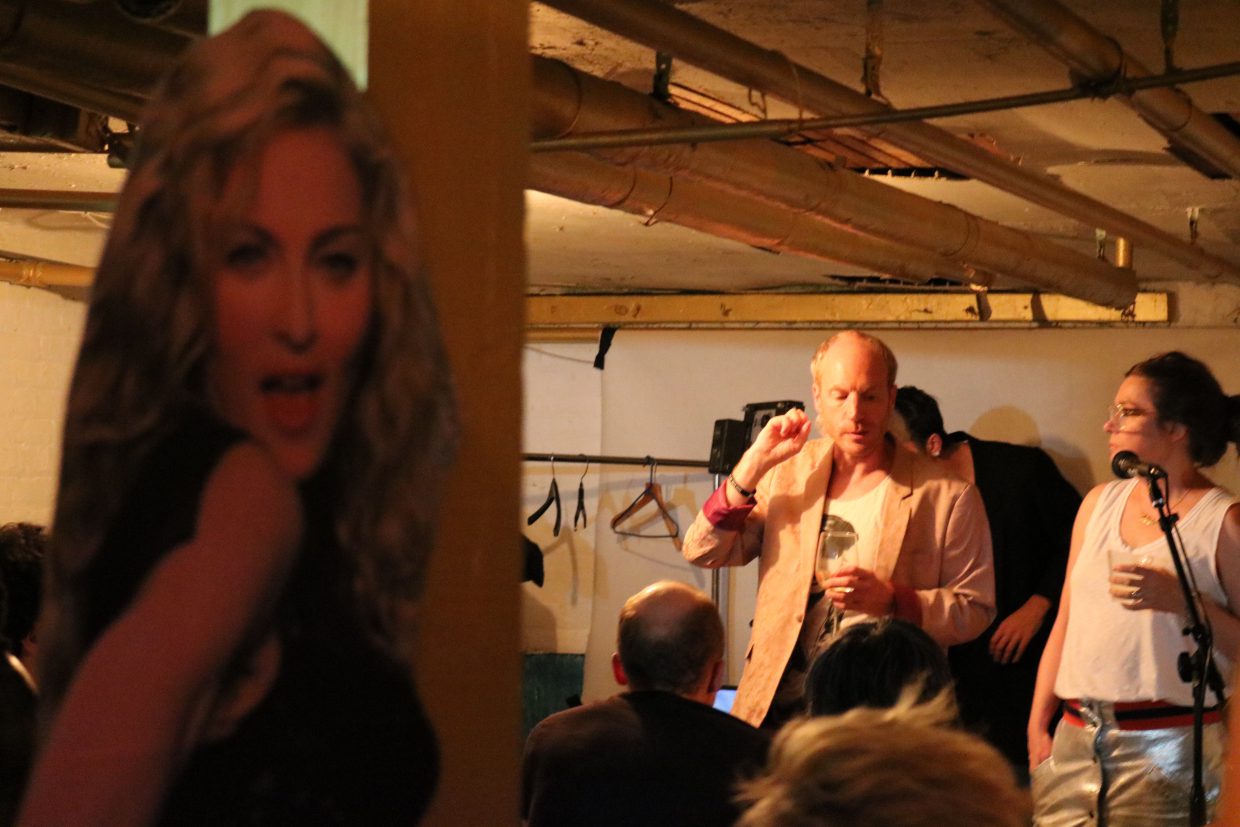 Mark and Lori kicking of the evening's performances. 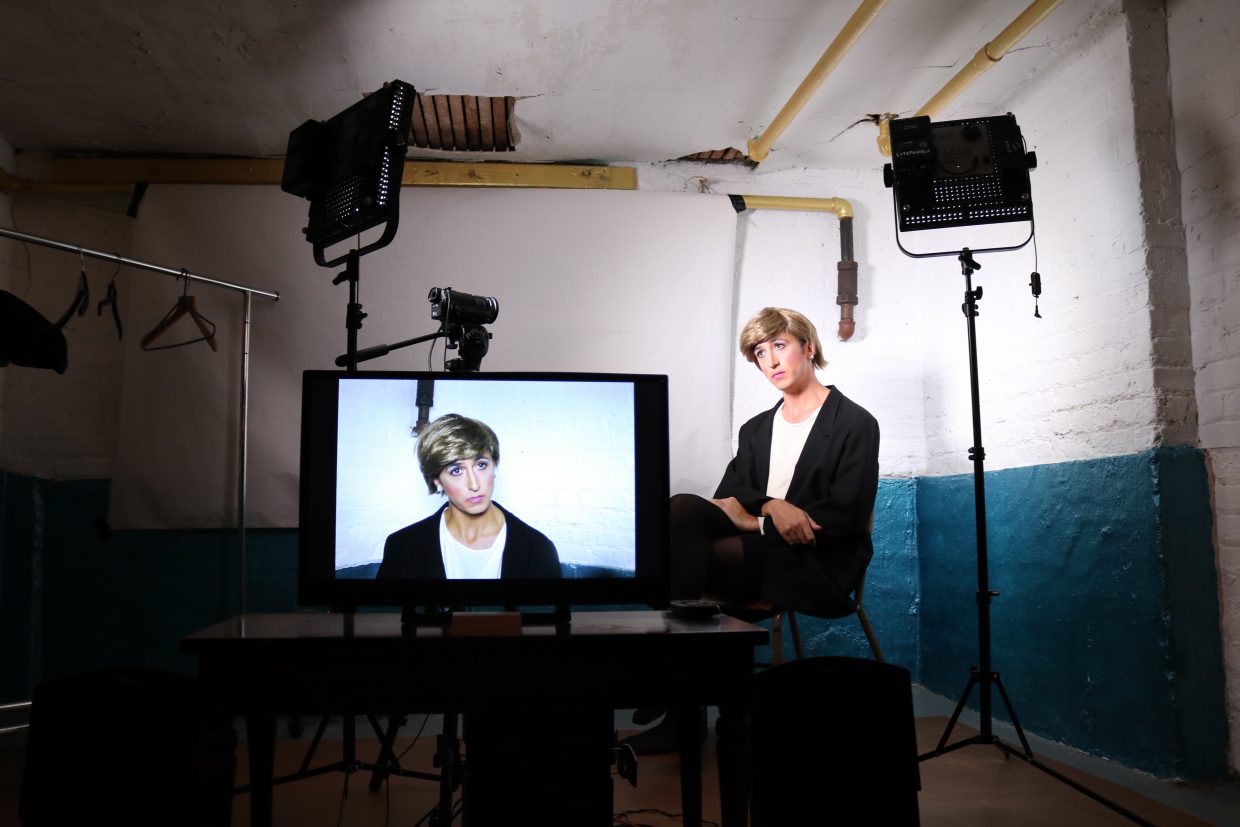 Aram Atamian as Princess Diana in her 1995 BBC interview. 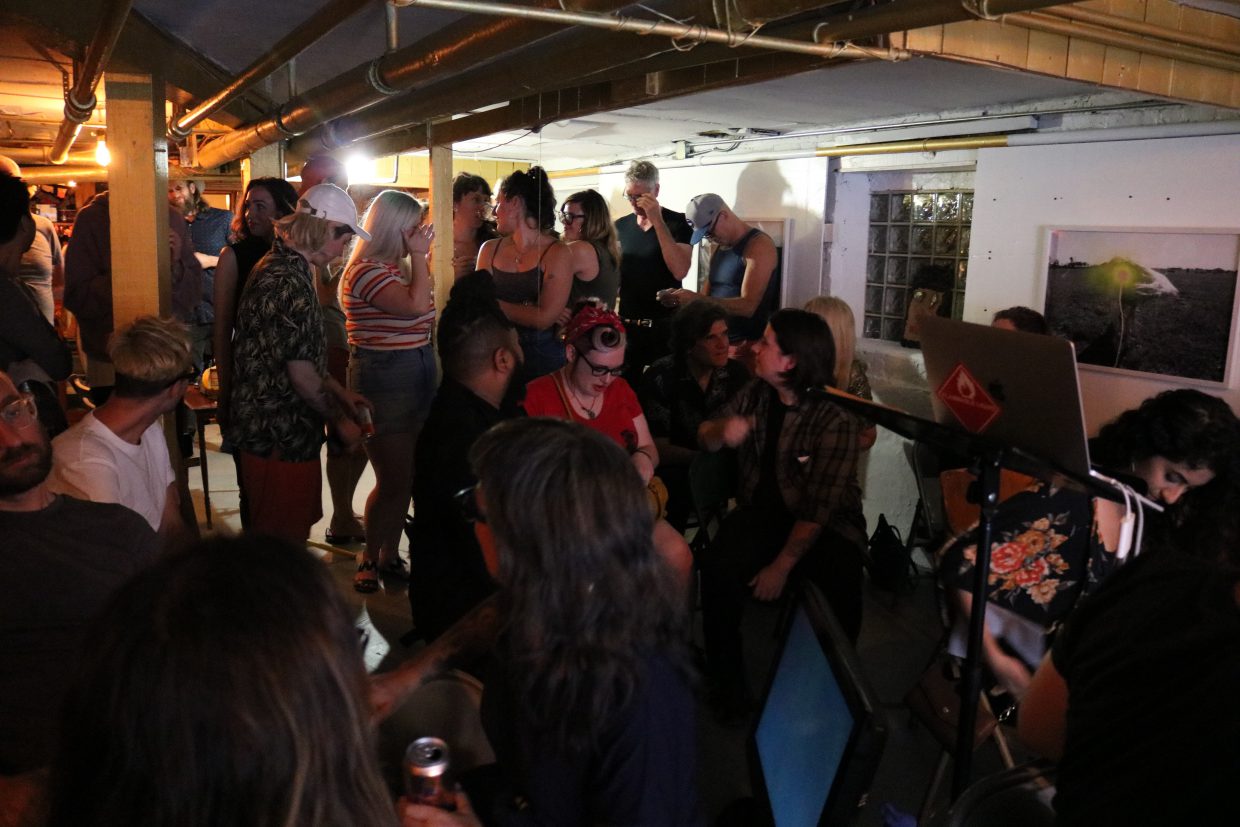 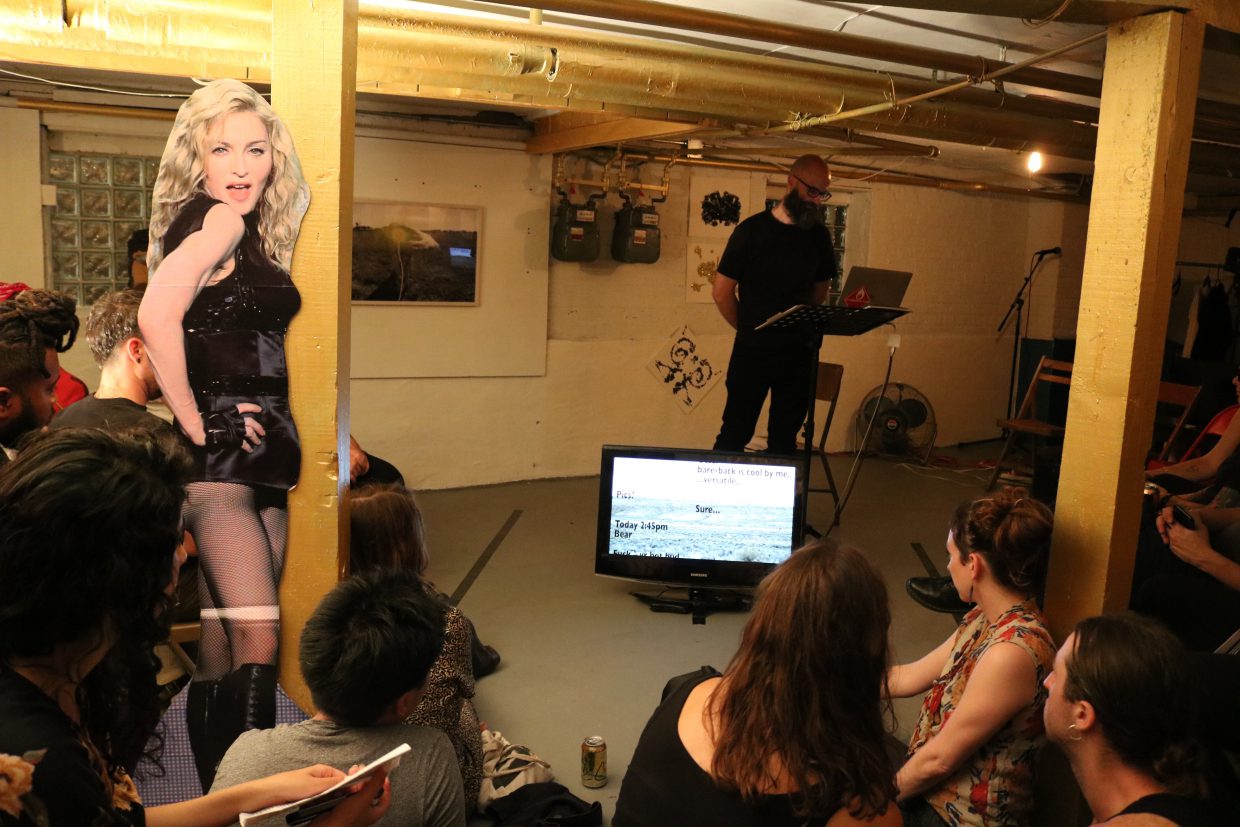 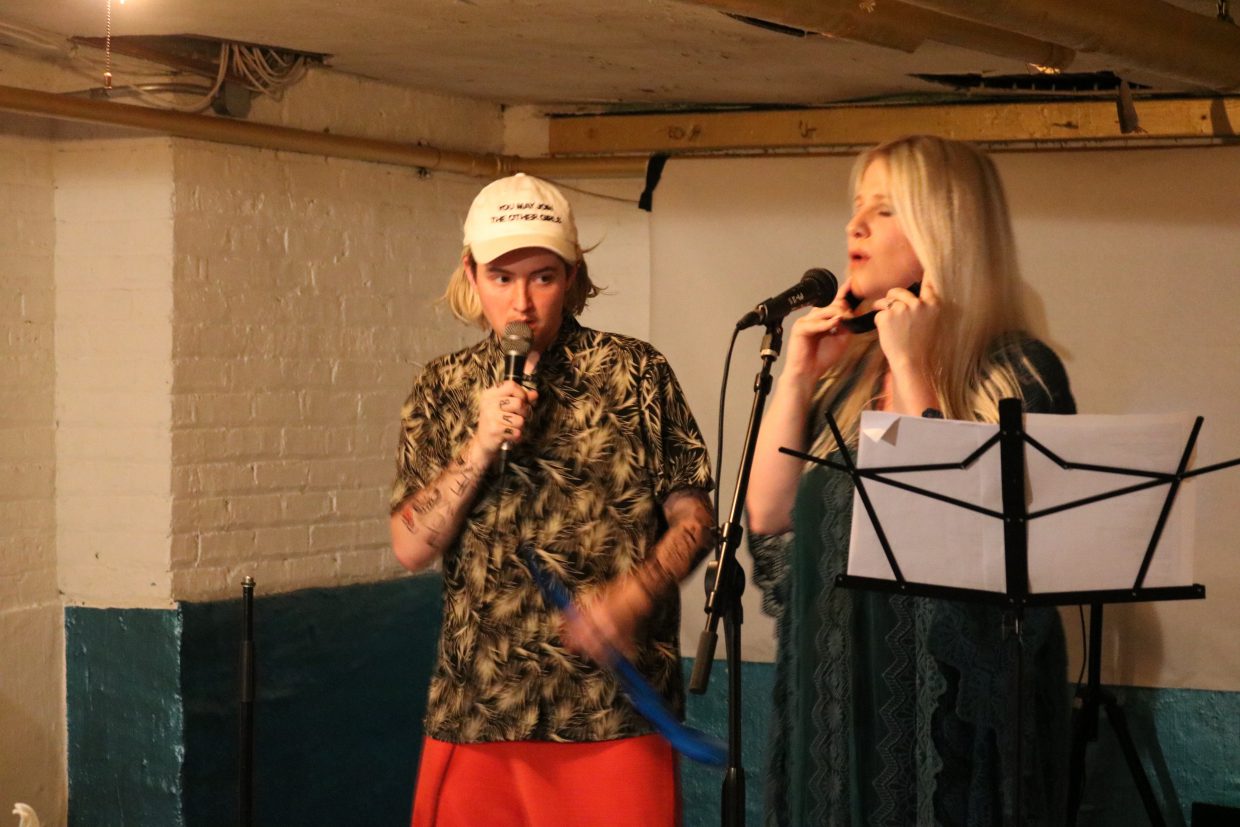 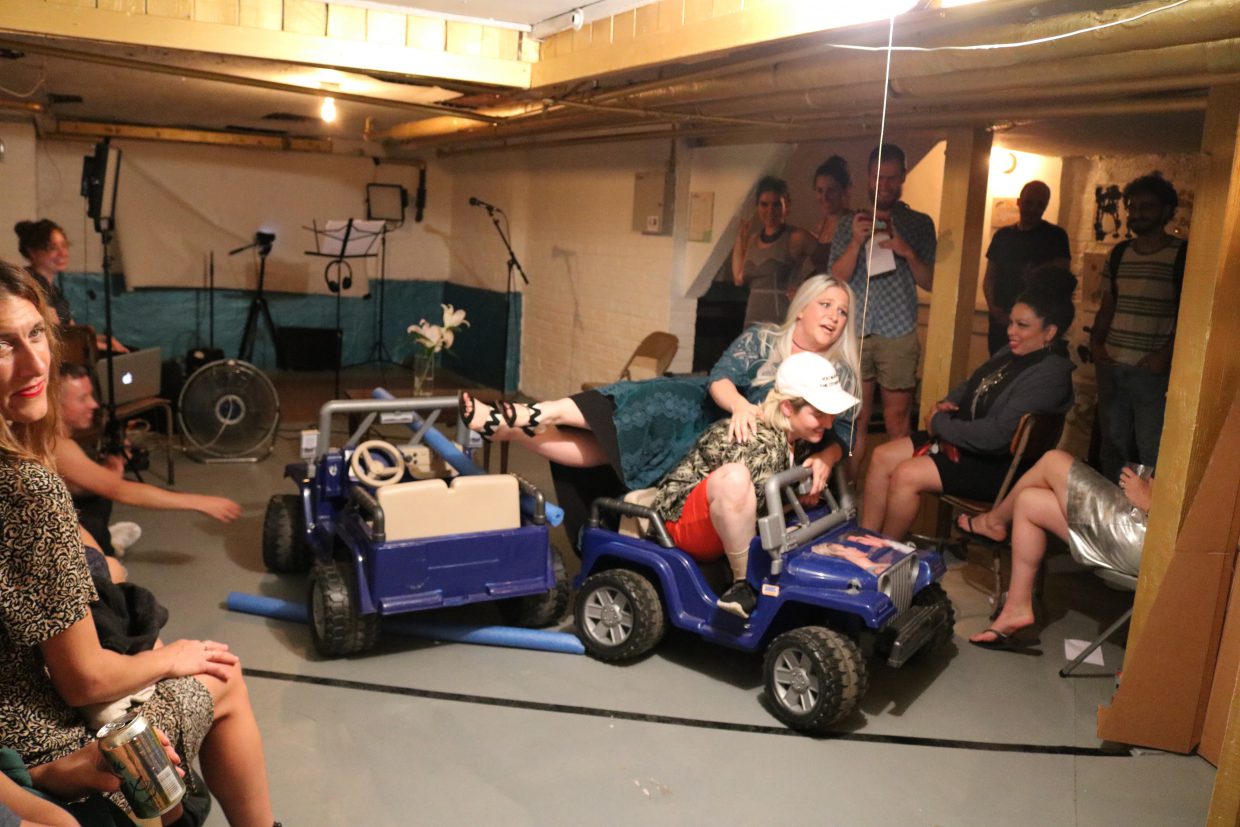 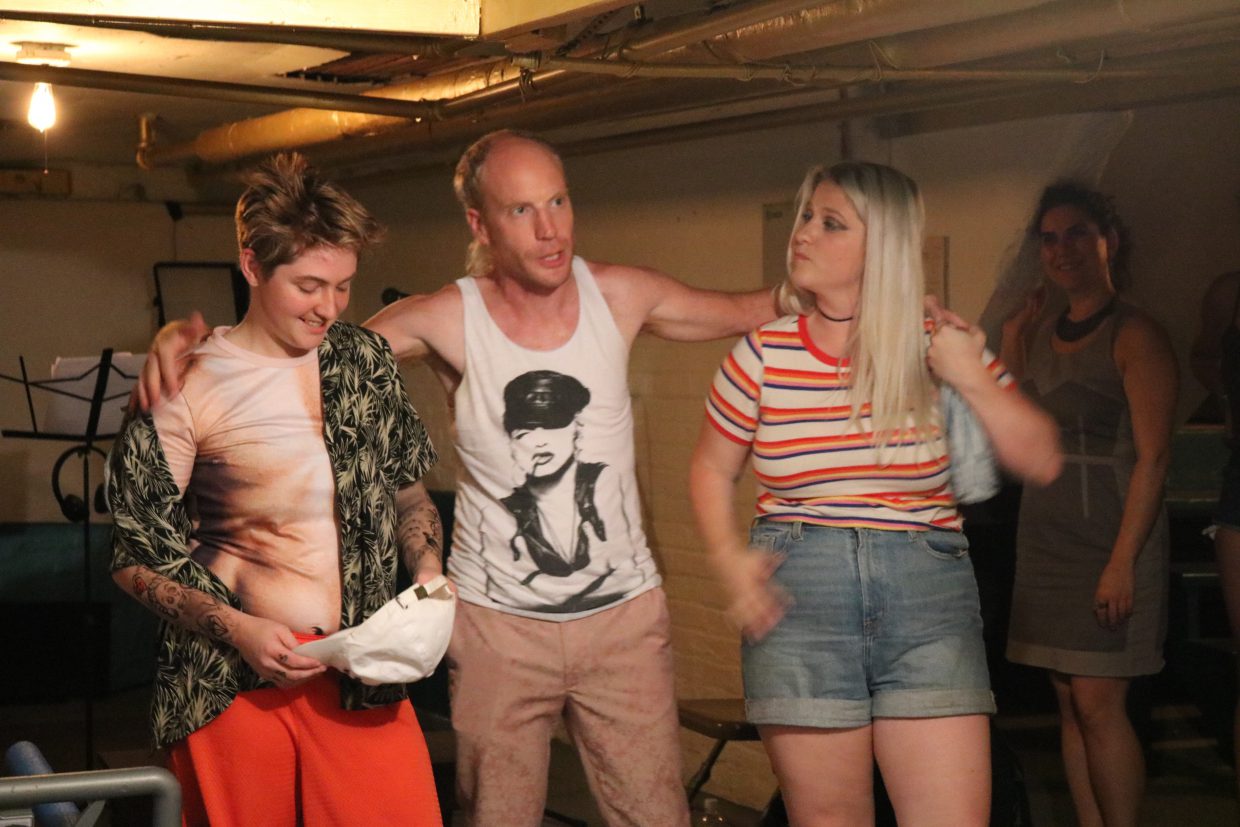 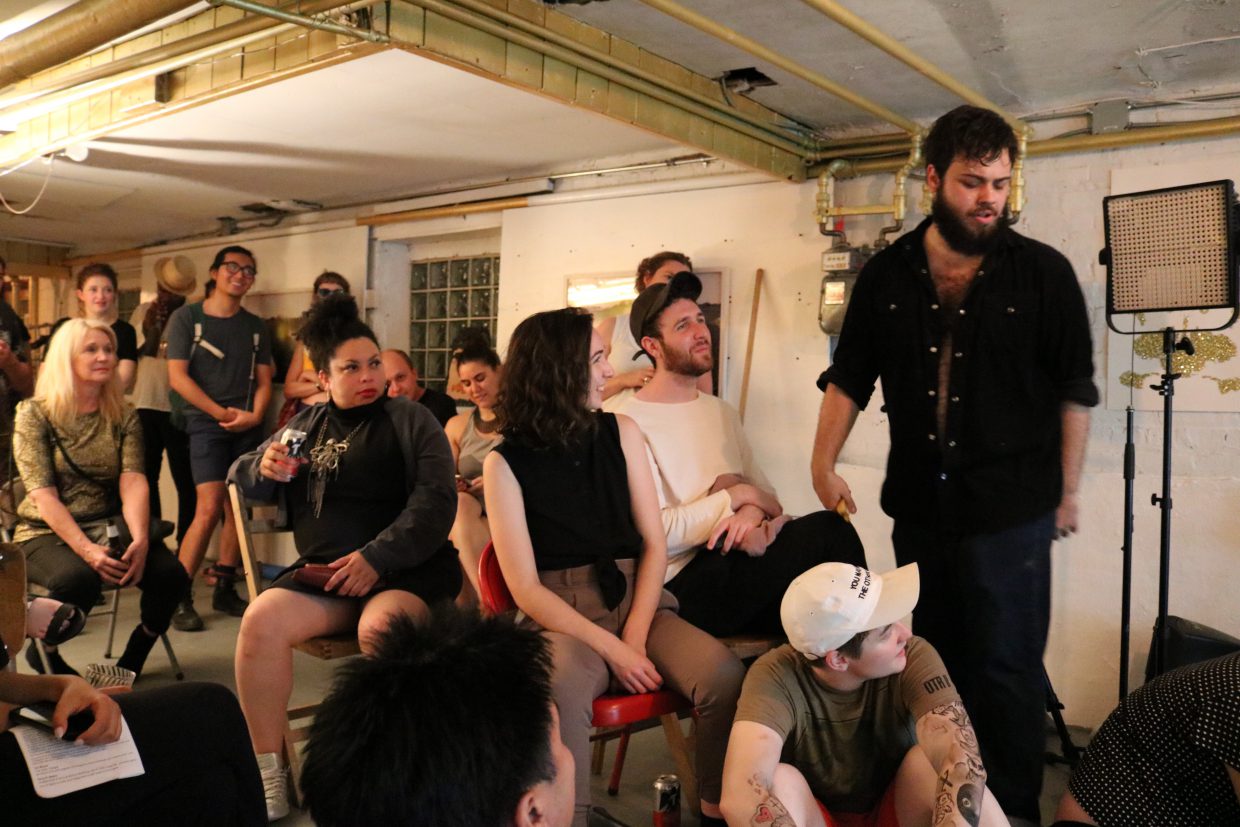